"Slowland," Bianca Eshel Gershuni's and Oree Holban's joint exhibition, opened at Barbur Gallery in Jerusalem in the wake of the highly visible dispute between the gallery and the municipality, and the latter's attempts at censorship. Hagai Ulrich visited the show and returned with some thoughts about the political prospects suggested by the space the two have built. 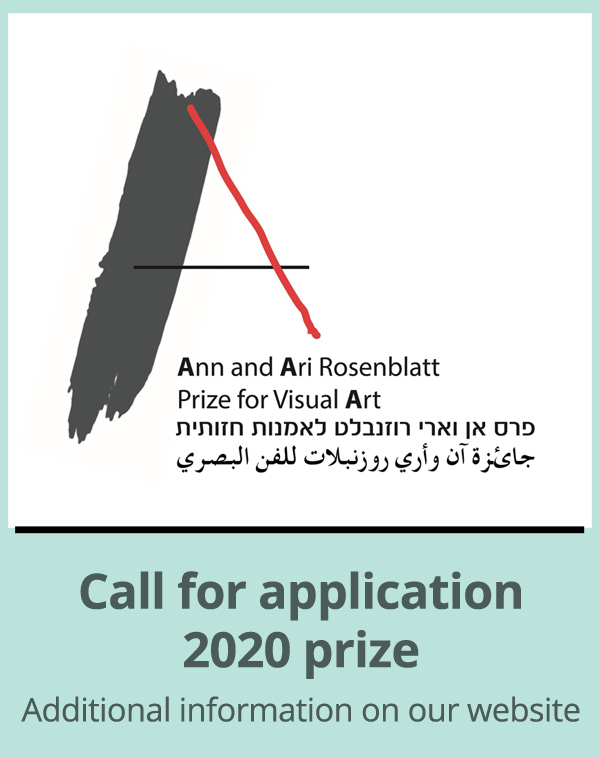 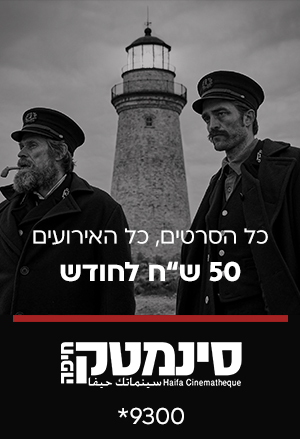 "Slowland," Bianca Eshel Gershuni's and Oree Holban's joint exhibition at Barbur Gallery in Jerusalem (curators: Merav Kamel and Mika Nesher), is an installation encompassing sculpture, digital media, performance, and video. Gershuni's metaphorical works are positioned within the vibrant, busy space Holban has constructed, and together the two create an unhurried setting that reflects an evolution and goes beyond the quotidian.

At first glance, the exhibition space looks like a cluttered playroom. The walls, covered in multicolored felt, display childlike visual expressions. On the wall facing the entrance, there is a felt relief of a forest in which a figure of a dog is leaning against a brown tree trunk. On the right, there is a large purple rabbit. The floor, too, is covered with asymmetrical strips of felt in pastel shades. Various objects rest on the felt floor, positioned to look as if they were casually tossed or mislaid there, as children would tend to do. Other objects are attached to the wall or hung from the ceiling, among them children's games, animal puppets, Barbie dolls, and doll houses. Some of the objects are smeared with Plasticine. 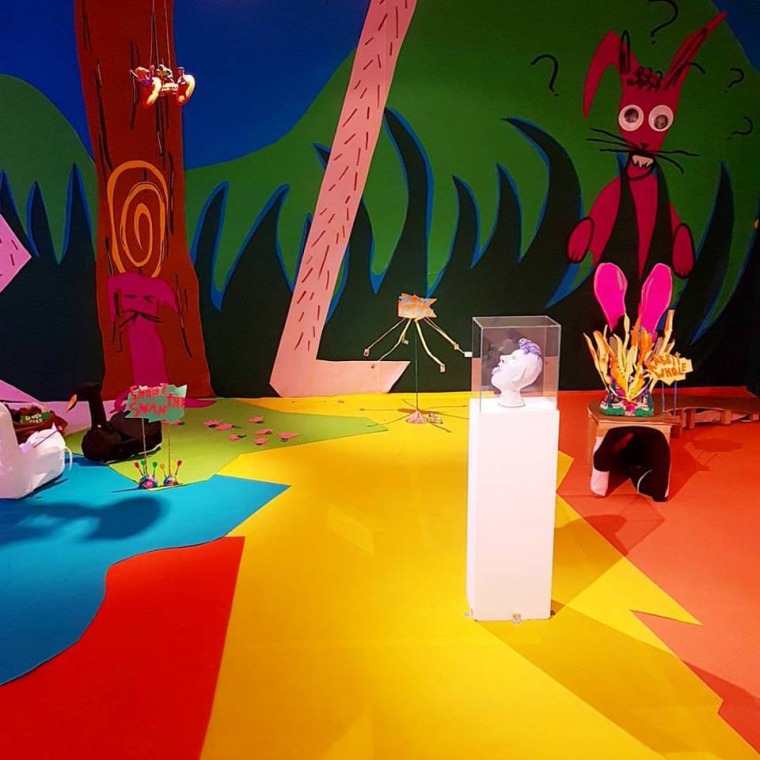 The objects in Holban's installation are arranged in clusters, as in a playroom. Most of the clusters contain English words – "The Middle Way," "Misery Crossin'," "The Rabbit Whole" – in the form of signs made out of felt or words written on a felt object. The titles are puns alluding to myths and children's stories. Most are related to expressions indicating a process, or a state of being: journey, way, passage, or transformation.

The wall to the left of the entrance features a sign made of multicolored fluorescent bulbs, containing the words "The Middle Way." The words suggest a view of the exhibition space as a place of compromise. Opposite the sign are three round meditation pillows. On one of them a Mickey Mouse-as-magician doll, from Fantasia by Disney Studios, is sitting. The movie is based on a poem by Goethe, from 1797, an initiation story of a sorcerer's apprentice. The apprentice forgets the magic words for making the broom work on its own. Increasing chaos ensues until the sorcerer returns and reinstates order. The Mickey Mouse doll, isolated on the pillow, stands out against a blue background with gold stars, similar to Mickey's hat in the movie. 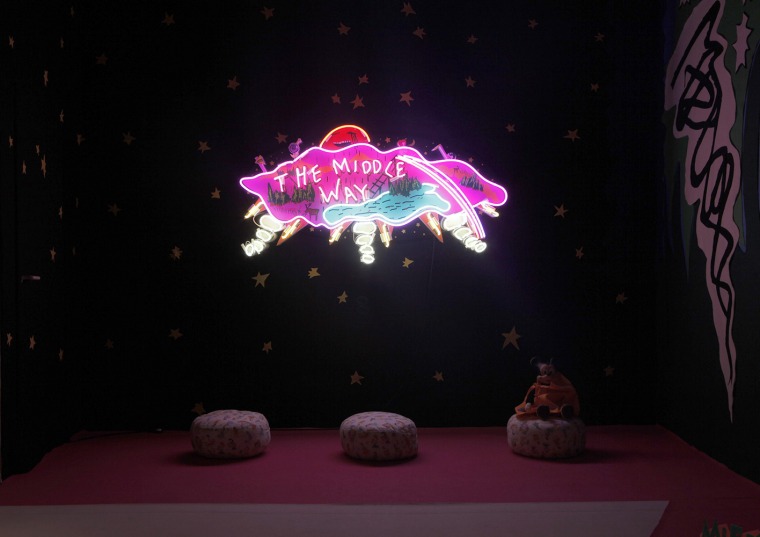 Another play area centers on the idea of potential transformation. It includes a large seed made of green felt, bearing the words "the Good Seed." The seed lies inside a brown pod. The words might refer, inversely, to the 1956 movie the Bad Seed. The movie is based on a play, which is in turn based on a novel by William March, about a woman who suspects her eight-year-old daughter of being a heartless murderer. Another caption, "the Rabbit Whole," recalls Alice's Adventures in Wonderland, by Lewis Carroll, in which the hurrying Rabbit, followed by Alice, passes through a deep tunnel and into another world, where time is different from the real world's. The words "Misery Crossin'" are written on a small sign above a square bowl full of water, with felt lilies and sequins floating on top. Little felt dolls sail in a boat, surrounded by crosses that stick out of it. There are references to the crossing as a 'passage of suffering' (via dolorosa), but also to the boat's literal crosses, signs of rebirth but also of the passage between worlds. The crossing of a lake or a river is used in countless myths and legends involving passage to other worlds. In many Disney movies – a significant source of influence on Holban's installation – crossing a river is a metaphor for overcoming obstacles, an initiation, being set free, or passing to the underworld. 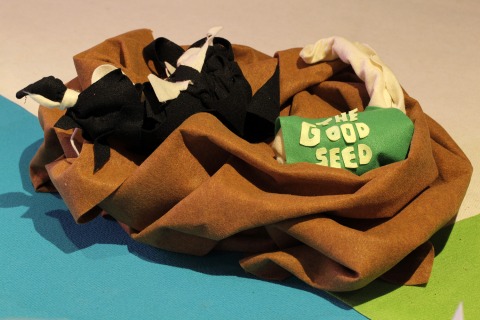 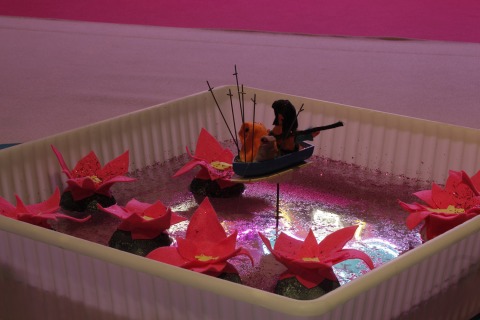 Another felt work includes a black swan, as well as a white swan pierced by a toy arrow. These bring to mind Tchaikovsky's Swan Lake and the spellbound princess, who is transformed each morning into a swan. Tchaikovsky's original story has a happy ending that releases the princess from the spell, but an alternate plot, added by his brother in 1895, ends with the drowning of the princess and her lover Siegfried.

The death motif also appears in the works by Bianca Eshel Gershuni. Her sculptures are seen inside square glass bells - sharp-angled, as opposed to the softness of felt and Plasticine in Holban's installation. Each bell contains sculpted heads. The necks appear to be cut in a cross shape, and an animal sits on top of each one. The eyes of the heads protrude, and the faces are taut and pale, their expressions anxious or scary. Framed pictures hang on the walls, drawings that Eshel Gershuni has made on a computer. In one, a blurred, expressionless face seems to be lying on its side; the eyes are closed, and the lips form a red circle, like the mouth of a blow-up sex doll. The caption at the bottom says, "the living know they would die, and the dead know nothing," alluding to memento mori paintings. Another painting shows a circle surrounded by yellow flowers, with open, round red lips exposing the oral cavity and teeth. In yet another, a bowl of red flowers sits inside a white circle; the flowers mirror the red lips. 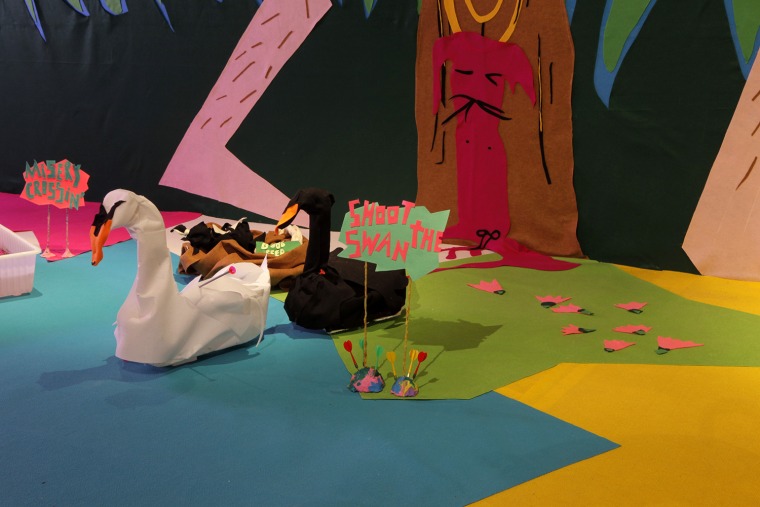 The works by Eshel Gershuni generate a gloomy atmosphere, ostensibly irreconcilable with the lightness and vibrancy of Holban's environment. The allusions to death and sexuality are in conflict with the childlike appearance of the installation. The contrast is confusing, raising a need to linger in the room. The meaning of the space emerges as a place for dialog through contradictions, questions, and time.

Holban and Eshel Gershuni have built a space that only appears to be inviting interaction. For example, the meditation corner is unsuitable for meditation, with its blinking fluorescent lights and chaotic content. The words "Eye Contact," seeming to suggest the possibility of interpersonal communication and intimacy through the gaze, are the title of a sculpture - a finger-sized doll playground. The chairs in it are made of contact-lens wrappers, a prop alluding to shortsightedness.

According to the exhibition text, written by curators Merav Kamel and Mika Nesher, the connection between Holban and Eshel Gershuni creates a realm that is beyond the daily, a realm of slowness. It is apparent in the works and the overall installation. Eshel Gershuni's method is very slow. Her media drawings though done on a computer, are layered, and the process of digital manipulation they undergo is visible. The works clearly show evidence of actions that have occurred over a long time, as part of a long creative process. The turtle repeatedly appears in her sculptures, a symbol of slowness she has been using for years. Conversely, for Holban slowness is related to a place where the viewers are encouraged to linger, differently from the pace they are accustomed to in the world outside the gallery. The space creates riddles; it would take time to resolve them. 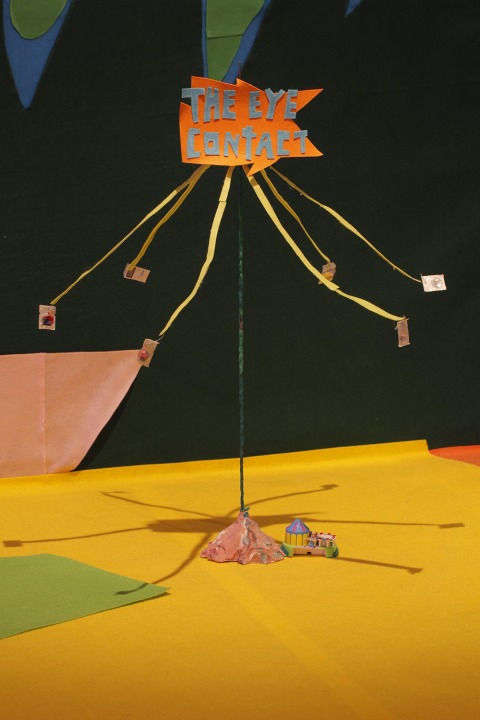 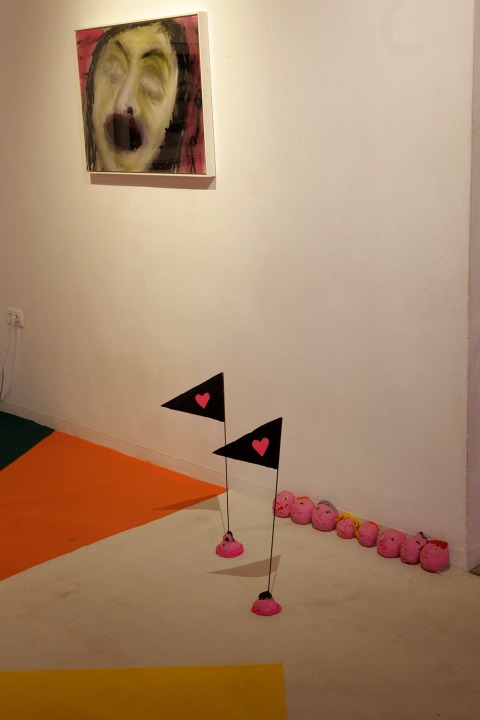 A sign at the entrance to the exhibition requests visitors to remove their shoes. This requirement - particularly in Jerusalem – helps the artists in "Slowland'" to disengage it from the everyday, from actual time. A soundless video by Holban is playing in the foyer, near the sign. It shows a small waiting room; children go in and then out, beyond the frame. A pair of legs, extending forward, reveal the unidentified person in the room, looking in from the camera's point-of-view. The video doesn't show what happens to the children when they enter the room. Nearby, a book called Facebook lies on a stool before the entrance to the gallery, containing drawings of faces by Eshel Gershuni. The drawings stop in the middle, and the rest is white pages. The empty pages, with no faces (of people? of adults?) – like the children entering the mysterious room in the video – function as a sort of anteroom to the exhibition. 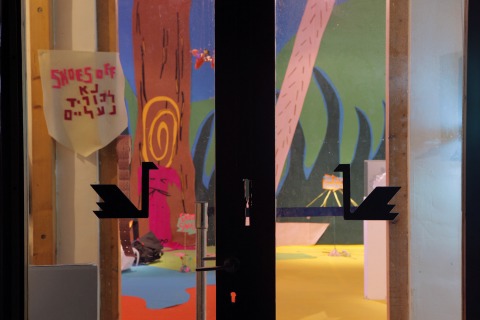 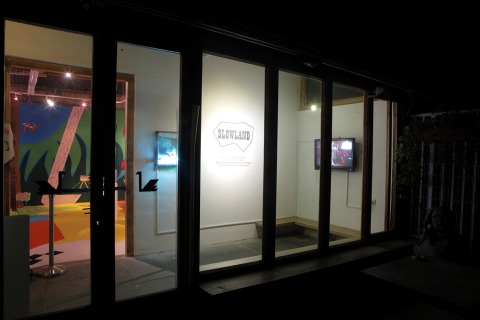 These days, the gallery is embroiled in a highly visible conflict with the municipality of Jerusalem, as well as other elements, who seek to close the gallery because it has hosted a talk by the director of shovrim shtika (Breaking the Silence), a civil organization of IDF veterans who provide testimonials about their military service and the reality of everyday life in the Occupied Territories. Recognizing the exhibition as a place of slowness, of moments that linger on the possibility of process and transformation, is, to a large extent, resistance to the political reality outside the gallery - a reality that is quick to make demands, to judge, to force answers. It sets conditions that leave no room for confusion, inquiry, contradiction, or reflection. In the current political reality of Israel, this exhibition lets us regard resistance as the creation of a place for dialogue. 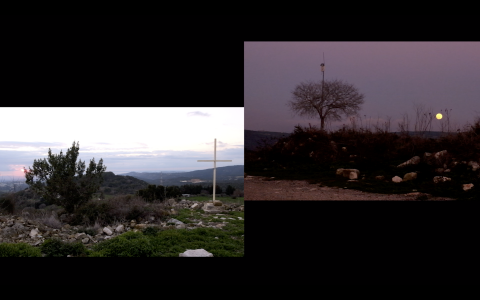 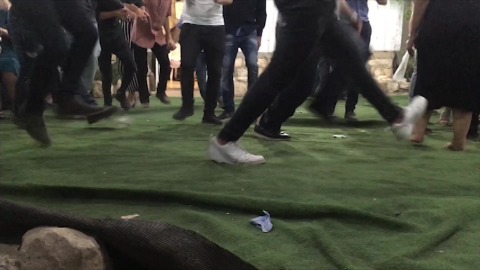 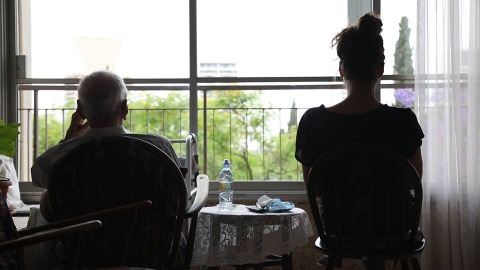 This Story is Far from Over