Visiting the Ameen Rihani Museum in Freike, Lebanon has started Matt Hanson on a path to trace the Hebrew translation of the well-known author’s Kings of Arabia, which came out only two years after the first Arabic edition. What were the motivations behind this translation and how did its impact evolve over the years?

A traveler, unaware, may pass on the main road in the Lebanese village of Freike and not even notice the town, as it merges almost indistinguishably with neighboring communities, with its smatterings of stilted concrete and unvarnished brick structures, facing Mount Sannine and the Lady of Lebanon statue overlooking the steeply rising valley that sweeps down to Beirut. In a courtyard a well-dressed man in a cleanly patted suit greets scheduled arrivals. At its gate, fine cursive script is engraved with a polished sheen over a gleaming, gilded plaque, reading: Ameen Rihani Museum.

The museum interior displays his manuscripts, art, and effects 3.jpg 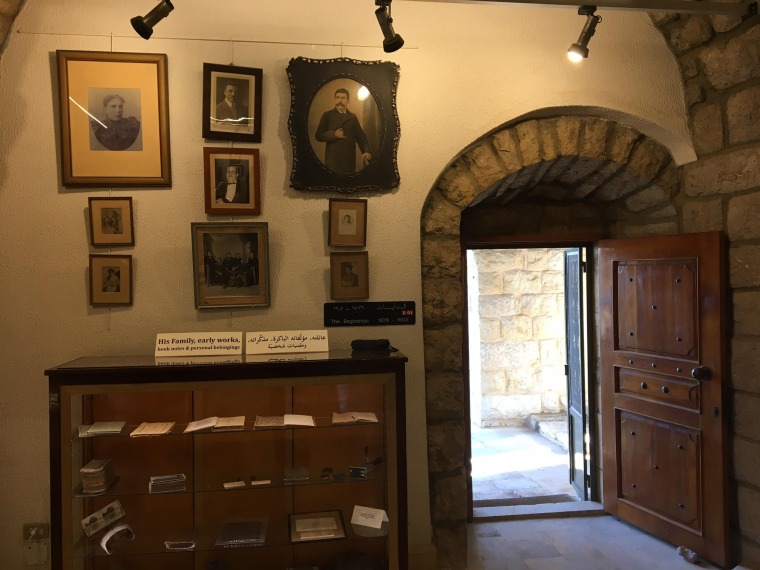 Ameen A. Rihani opens the door to his historic family home, introducing himself, with an inquisitive modesty, over light confectionaries and brief conversation, sharing his generous intellect as a professor emeritus and proud editor to the posthumous editions that continue to advance the literary legacy left by his uncle, Ameen F. Rihani (الريحاني‎, 1876-1940). The November 24, 2016 release, The Complete Arabic Works, in six volumes by Librairie du Liban Publishers, commemorated the 140th anniversary of the birth of the author. In his earliest memories, Rihani tells stories about the vine-covered terraces that his late uncle has built on the property, which now lead down through the rustic stone foundation to the museum.

He flicks a switch, takes a penlight, and, accompanied by a local youth, begins his utterly comprehensive tour of the letters, books, artwork, and effects of the famous writer down to the pipe he smoked and the hats he wore to fit into his social range, from the fedora worn in the Lebanese village of his birth, to the bowler hat befitting the New York City of his maturity. Under the soft light of a glass-encased exhibit dedicated to his books on Arabia, covering the years 1924 to 1928, there are two stacks of books in Hebrew, the very first translations of his seminal Kings of Arabia, initially published in Arabic (titled ملوك العرب, Muluk ul ‘Arab) by the Scientific Press in Beirut, in 1924, in two volumes, both holding over four hundred pages.

The first editions of Kings of Arabia, as the Arab Trilogy and with its first translation, which was into Hebrew 2.jpg 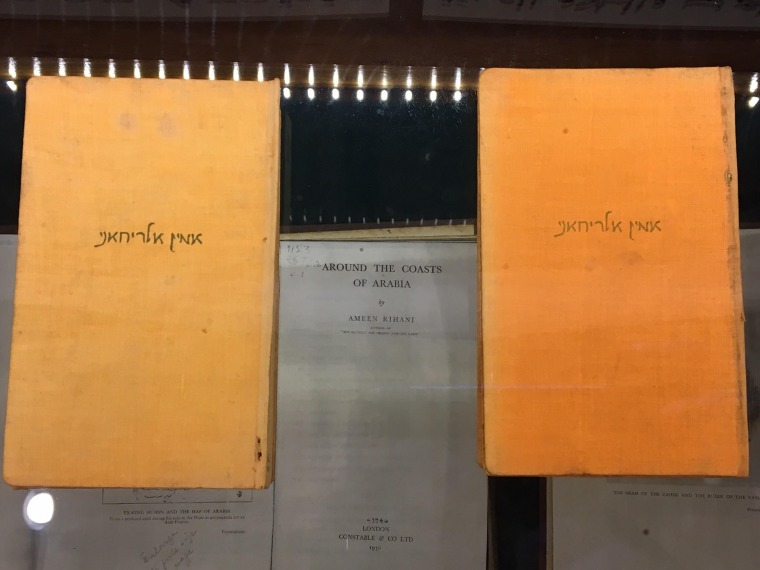 By 1926, the four-volume Hebrew translation was running through the printing press in Jaffa, translated by Menahem Kapeliuk (1900-1988) under the title Malkhe 'Arav (מלכי ערב). It was then re-translated and re-published by Hotsa'at Omanut, in 1933. Established in 1917 in Moscow (with a branch in Odessa), only to flee Bolshevik Revolution for Frankfurt, Germany. In 1920 Omanut Publishing finally settled in Palestine as a Zionist outfit led by Shoshana Persitz. Omanut released some 500 titles to enlighten their relatively grand readership for the time, exposing thousands of Hebrew bibliophiles to world literature in translation, until it closed in 1942.

Early moderns were thrilled by the Arab-American novelist, who had made a name for himself by writing his consummate oeuvre, The Book of Khalid, in English. The book appeared in 1911, carrying the literary reputation of Middle Eastern origins into the cultural trends that defined Western modernism. His epochal travelogue, Kings of Arabia, was soon reformatted into three separate books, Ibn Saoud, His People and His Land, or The Maker of Modern Arabia, in 1928, followed by Around the Coasts of Arabia and Arabian Peak and Desert in 1930 and 1931 respectively. His publishers, Constable, Houghton Mifflin, MacMillan, and Oxford University Press were the leading names of the day. They saw to it that his peerless literary wit and refreshing global perspective reached open minds from London to Boston, from Toronto to Bombay and beyond.

The museum interior displays his manuscripts, art, and effects.jpg 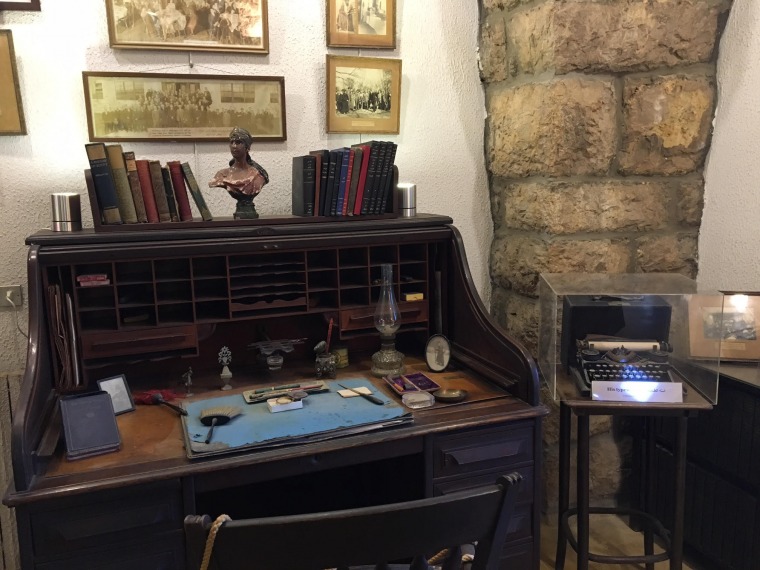 The museum's interior displays his manuscripts, art, and effects 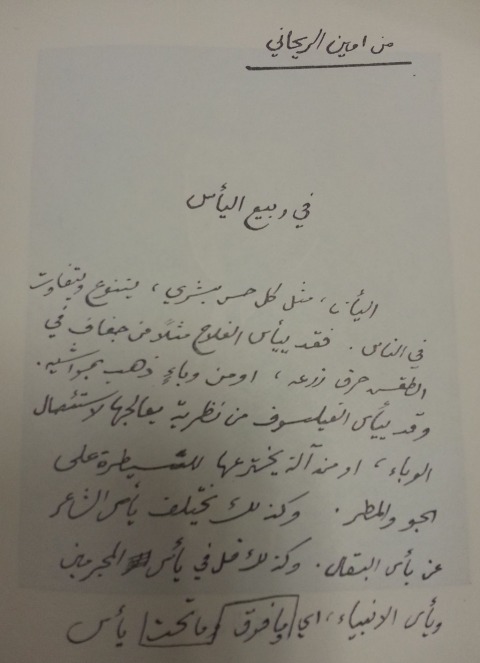 At the time, Hebrew-language readers were starved for books espousing the deeply cherished values of secular humanism while also developing the style and character of truly colorful and stimulating prose that maintains a humorous tone while educating the increasingly diverse local population, and all the more so for material that spoke to the sensitive sociopolitical, multicultural predicament in which they lived.

Due to the fact that there are no extant archives of his literary work, the efforts of Menahem Kapeliuk to translate modernist, secular Arabic literature into Hebrew remain largely obscure, even to his closest family, members of which went on to become major intellectuals during the rise of Israeli statehood in the 20th century. His living daughter-in-law, Olga Kapeliuk, who is the widow of his son, the well-known journalist Amnon Kapeliuk and the greatly esteemed recipient of the Israel Prize for linguistics, confesses to having only the vaguest notion of his work. To a great extent, his son Amnon did advance his intellectual tradition as a steadfast proponent of minorities in Israel, advocating the importance of a dialogue between Hebrew and Arabic cultures. As a founder of B’Tselem, a human rights surveyor in the occupied territories and author of a definitive Arafat biography introduced by Nelson Mandela, his 2009 obituary in The Guardian begins with certain praise for his prioritizing Palestinian causes throughout his career. 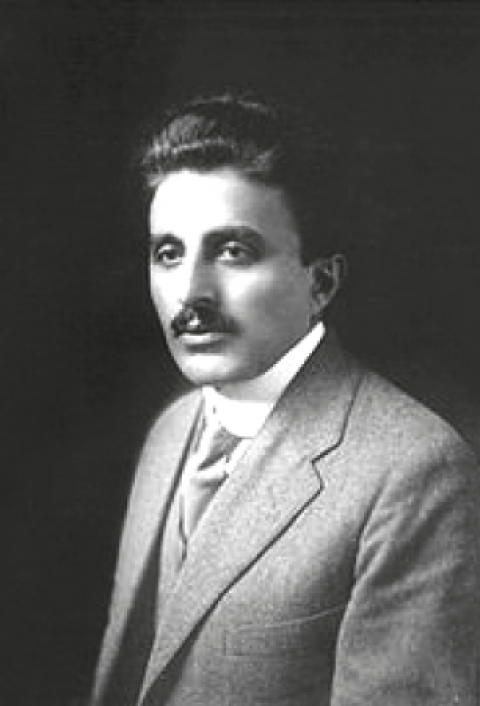 Among the authoritative scholars alive today specializing in Middle Eastern literary history, there are only a few who are capable of excavating some of the significance bestowed on the history of Hebrew literature by Menahem Kapeliuk. One is Dr. Hillel Cohen. He is a leading member of the New Historians, as the Israeli author of multiple books such as his latest, Year Zero of the Arab-Israeli Conflict: 1929, published in Hebrew in 2013, and in English in 2015. He explains the nature of such cross-cultural literary efforts when Kapeliuk was working on the Kings of Arabia. “The translations from Arabic were aimed mainly at opening the Yishuv to the Arab culture in which they found themselves,” he wrote to Tohu. “Generally speaking these years were characterized by the radicalization of the Palestinians who lost faith in the British and by Zionists abandoning the dream of creating peaceful relations with the Palestinian Arabs.”

Kapeliuk was born in Russia, in 1900, and emigrated to Palestine in 1921, having received a Zionist education at the youth movement He-Halutz (the Pioneers), which sought to reclaim the ancestral homeland through agrarian settlement. He did not reach his promised Land of Israel until 1922, after a brief stay in Warsaw where he joined the Russian Council of Pioneers, formed to help Jewish immigrants with their temporary needs before relocating to Palestine. After finally landing with the waves of the third aliyah, his intellectual foresight in the cross-cultural field of translation brought him to the halls of the Hebrew University of Jerusalem, to study standard Arabic and Islam, after learning the Palestinian dialect while working as an agriculturalist alongside local Arabs.

By 1927, five years later, his column on Arab lifestyle was widely read on the pages of the most important newspaper of the time, Davar, where he led the Arab Affairs section. It was essentially the mouthpiece of the hegemonic Zionist Labor Movement (Histadrut), though he had spread his wings broadly, writing also for Haaretz daily newspaper before embarking on his career as a translator, in the 1930s. He produced Hebrew books from the works of mostly Egyptian authors, whose names still resound with international fame, including Taha Hussein, Tawfiq al-Hakim, and the Nobel Prize-winning author Naguib Mahfouz. In 1937, he notably published two translated books from the works of the Palestinian historian Arif al-Arif, about the Bedouin of the Negev.

His 1933 translation of Rihani, titled in full as Kings of Arabia: A Journey in the Arab Lands (מלכי ערב: רשמי מסע בארצות ערב) was chronologically his second most-important work of translation from Arabic into Hebrew. In an essay, titled “The Shallow Waters of Hebrew: Three Paradigms of Translating Modern Arabic Literature into Hebrew” the scholar Mahmoud Kayyal, head of the Department of Arabic and Islamic Studies at Tel Aviv University, wrote of Kapeliuk as a founding father of the oriental-academic translation model1. “Rihani encouraged Kapeliuk's translation, and even wrote him a letter of support in which he expressed his belief that the translation would bring people of both nations and religions closer,” Kayyal wrote to Tohu. “I doubt that it really was Kapeliuk's goal. I believe, as I have argued in my book, that Kapeliuk thought as an Orientalist, and in fact wanted the Hebrew reader to know Arabic culture in depth to serve the interests of the Zionist movement.”

At the family house of Ameen Rihani under the terrace that the author built to host dignitaries and friends East and West 3.jpg 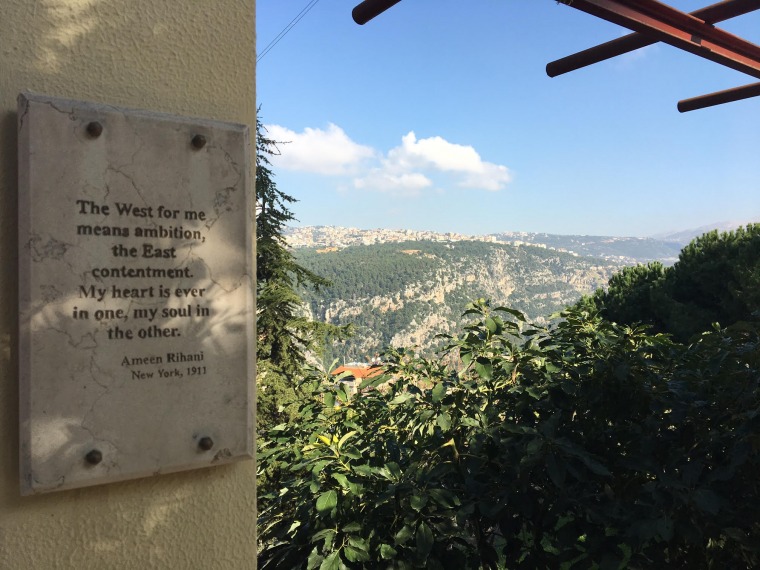 Ameen Rihani's family home, under the terrace that the author has built to host dignitaries and friends from East and West

While Kayyal lauds the editorial taste that Kapeliuk exemplified with respect to his knowledge of the finest Arabic writers of his day, he critiqued the heavily Zionist sympathies of the publishing establishment within which he was working. Despite his historic contribution, Kayyal comments on the self-styled character that Kapeliuk has assumed, as an the orientalist expert par excellence, in a typical Western fashion. According to Kayyal, his works, especially the prefaces and introductions he wrote for his translations, are rife with the reactionary stereotypes that continue to constrain the mobility of Arab identity under the imposed contexts of its historical and current national traumas.

When the Kapeliuk translation of Kings of Arabia did reach its Hebrew readership in 1933, the Arabist and labor party supporter from Davar newspaper, Michael Assaf, reviewed the four-volume book in 1500 words, published on the 20th of September of that year. As Dr. Cohen wrote, “He praises Rihani’s courage to expose the truth on Arab political culture, describing him as the most Western among the Arab authors of the time.” It’s only a natural response, given the Transcendentalist flâneurie of Rihani’s repute as an Arab writer who doubled as an American literary stylist. 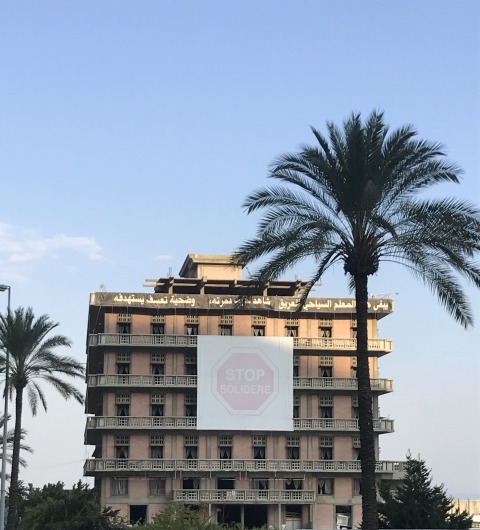 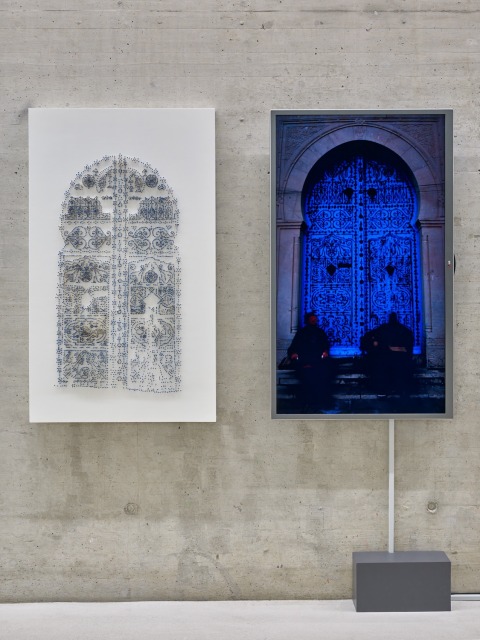